What To Do When You Don’t Feel Like Sewing

by aaronicac | Sew For Real

I used to try and press myself to do it anyway and then I ended up messing up like a whole lot–neckbands on wrong, rompers with the front of the bottoms on the back of the top, and other simple mistakes. And then I would resent the garment. Silly, yes, but hey, that’s who I am.

Sometimes I Don’t Feel Like Sewing And That’s Ok

For something that’s not my full-time job (yet), sewing takes up a lot of time, energy, finances, and mental space. When I’m not sewing, I’m often thinking about what I need to sew so that my fabric stash doesn’t topple over and take me out. And then there are all of the tests, fabric strikes, and promos that need to get done. I love sewing. I love creating. But during the times I don’t feel like sewing, I really try to honor that feeling while taking a look at why I’m feeling that way.

Sometimes I’ve been doing really hard or intense sews that make my brain tired because I’m having to learn new skills or practice ones that I’m just proficient at. I normally try and keep my projects to around an hour. When they go over that, it can really wear me out after a day of working, parenting, and otherwise living.

There are other times I’ve just been doing back-to-back tests for things I like but don’t necessarily feel like sewing. Why make them, right? Because I’m loyal to my community of sewists that want to be able to see themselves in patterns. I know what it’s like to see a pattern that’s cute but not see anyone with a FUPA, Black or plus-sized at all. It really makes me feel like my body type isn’t appreciated even though I know that’s not the truth.

My Why Determines What I Do

I want to preface this by saying that being in need of a break, taking a rest, etc for however long is absolutely acceptable. Sewing as a hobby should be pleasurable. In fact, sewing or crafting as a business should also be pleasurable as well and if it isn’t, taking time to reevaluate is a good thing.

If I don’t want to sew because I’ve been doing too many tests, I make something that I feel like making. I love making panties, biker shorts, oversized tees, or other pieces that I’m inspired by via social media or magazines. After moving and taking a much-needed break from sewing, I made this Skims dress dupe when I saw some of my favorite influencers wearing it. Not only did it fit beautifully, but I just felt so good making something that wasn’t for promo and just for me.

Sometimes life gets overwhelming and sewing IS NOT your therapy. Don’t sew. You don’t have to push yourself to do something that’s just not in your spirit. But if you’re saying you do want to sew, start by touching your fabric and browsing Pinterest for inspiration. Or browse my Instagram feed (yes, that’s a shameless plug *wink wink*). Getting inspired can lead to exciting sews.

Whatever you do, make sure that you’re honoring your reasons for needing a sewing break.

Your turn: How do you get out of a sewing slump? 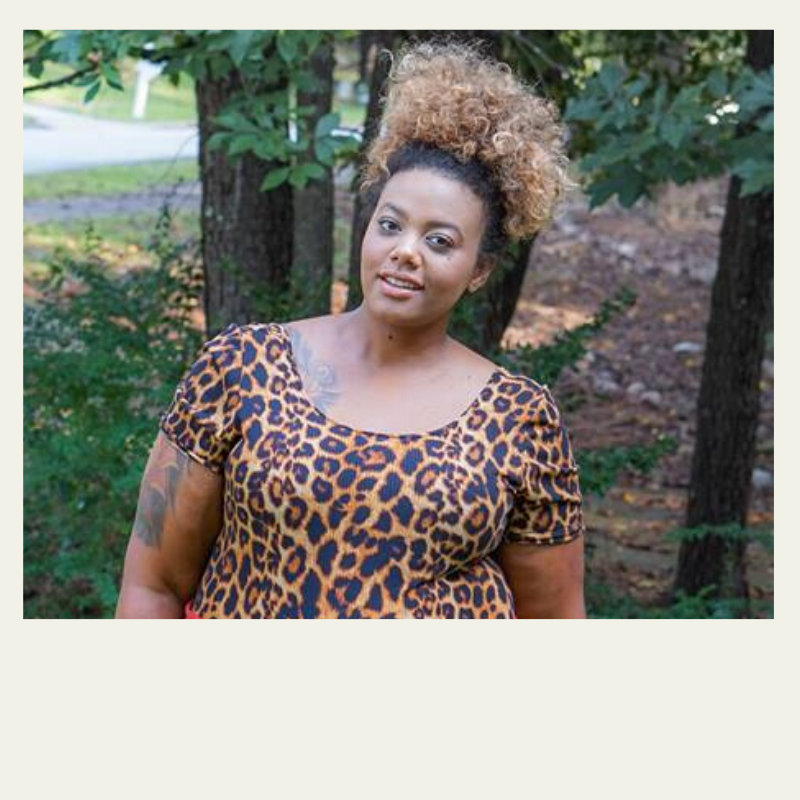 My name is Aaronica and I'm the sewist behind The Needle and the Belle. I started sewing when I was 13 and then fell back in love with sewing through PDF patterns. I now document my pieces I make here!

I’m So Excited That I’m A BERNINA Brand Ambassador!

Mama I made it! I’m a BERNINA Brand Ambassador & I couldn’t be happier. Check here to see what machine I got–it’s not what you expect! “Wow Mommy, you look like a Queen!” When your

Who says athletic fabric is only for athletic wear

What’s traveling without sewing up until the tim

This weeks prompt for the #wildbelletember is favo

I’m trying to figure out how life before unitard

When it’s hot as balls outside but you still get